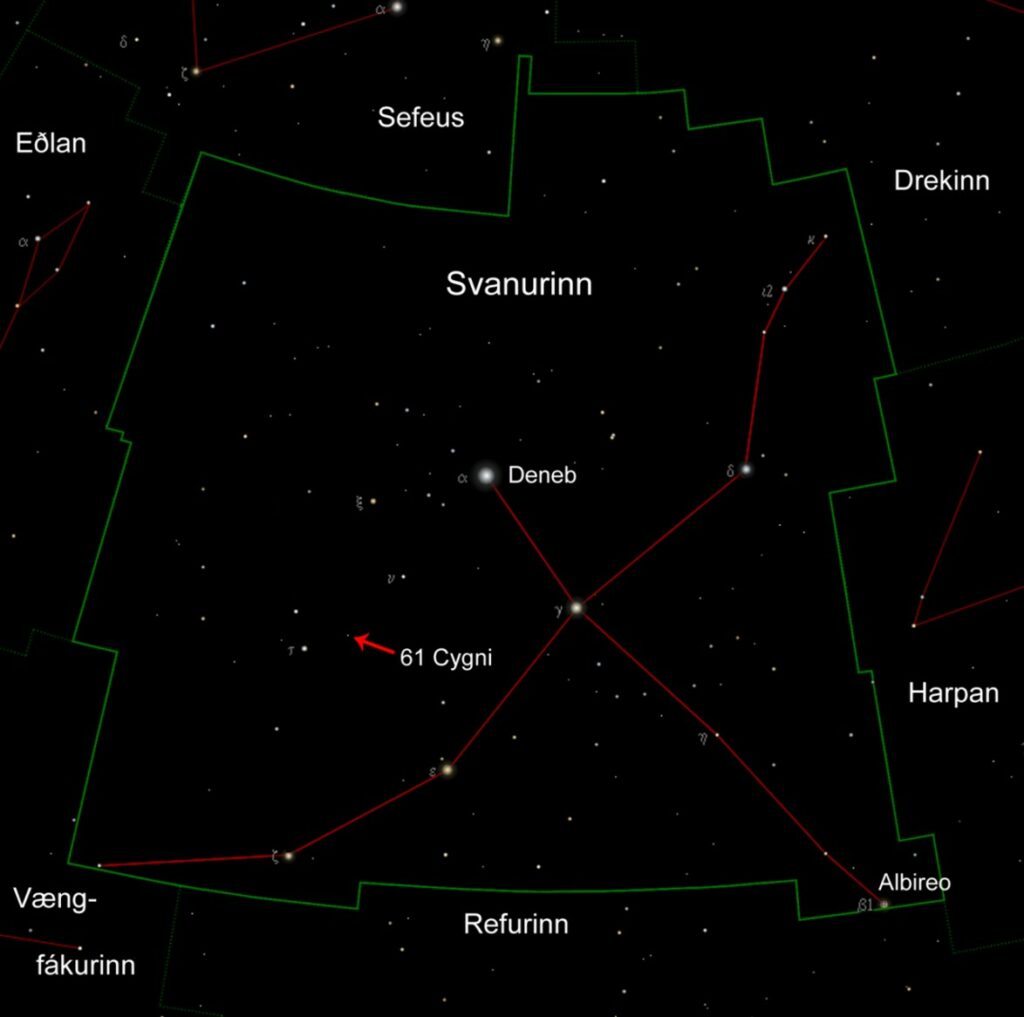 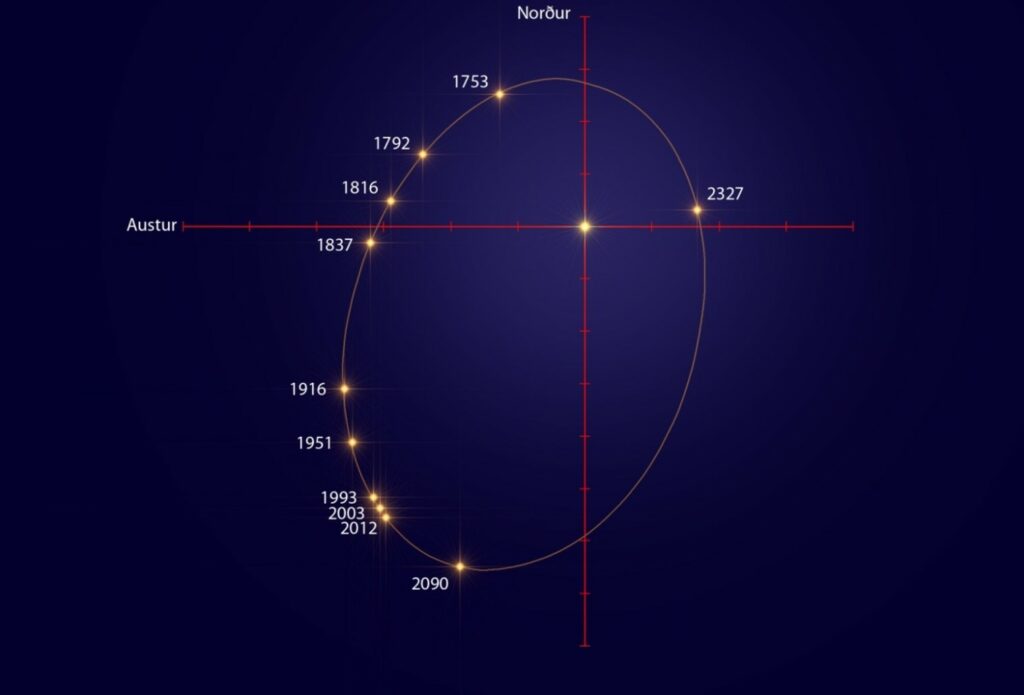 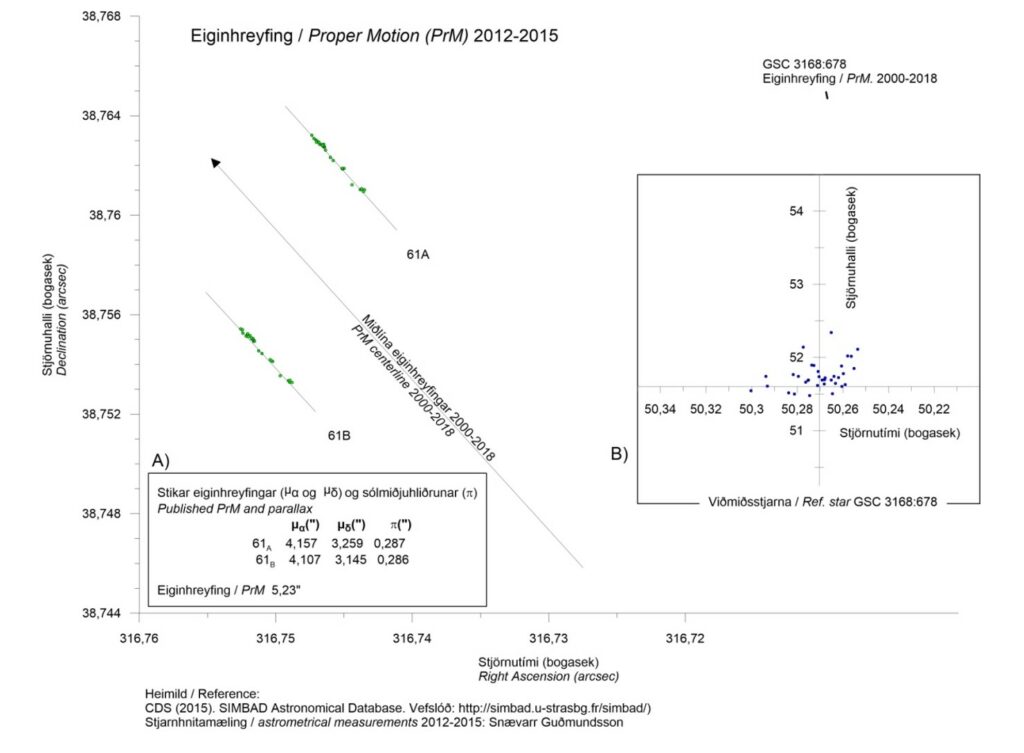 The star 61 Cygni in the constellation Cygnus (Figure 1) is a faint naked eye object under a dark sky but separates into two stars, using a small telescope. They share a common center of gravity and are physical binary (61A and 61B ). The pair shifts> 5.2″ per year and rank as the seventh fastest proper motion stars. The German astronomer Friedrich Bessel discovered its parallax in 1837 and estimated the pair at 10.4 light-years distance. According to the Hipparcos satellite 61 Cygni is located 11.4 light-years from the Sun. Both are main sequence red dwarf stars but are variables, 61A due to sunspot and chromatic activity combined with axial rotation, while 61B is a flare star. They are smaller, colder and fainter than the sun and the light output is 0.15 and 0.08 compared to sun.

In the period 2012 to spring 2016, 53 observations of 61 Cygni  were obtained by author to determine positional changes and later to estimate the distance of the binary. The result was compared with the accepted values ​​of orbital time, proper motion and its annual parallax. An paper based on the results was published in 2016. The aim was to estimate how accurately one can measure distance and absolute magnitude, armed with medium sized telescope, CCD/CMOS sensor and sophisticated software. The result support it is indeed possible to estimate orbital parameters of binary stars and distances of the nearby stars with such equipments. There were varying distances to 61A and 61B , but both less than 10% from accepted values.

Subsequently, the results were used to evaluate the absolute magnitude and compare with accepted values ​​(Table 1). Absolute magnitude defines star’s luminosity at a distance of 32.6 light-years (10 parsecs). At that distance, the apparent magnitude of the sun would be 4.77, but due to its proximity, is of magnitude -26.8. At the same distance, bst 61A is 7.49 and 61B 8.33, according to accepted values. Obviously the sun is considerably brighter than 61 Cygni. The difference in actual brightness, calculated between the measured values ​​of this project and the accepted values, was 1.14 times for 61A and 1.02 times for 61B .