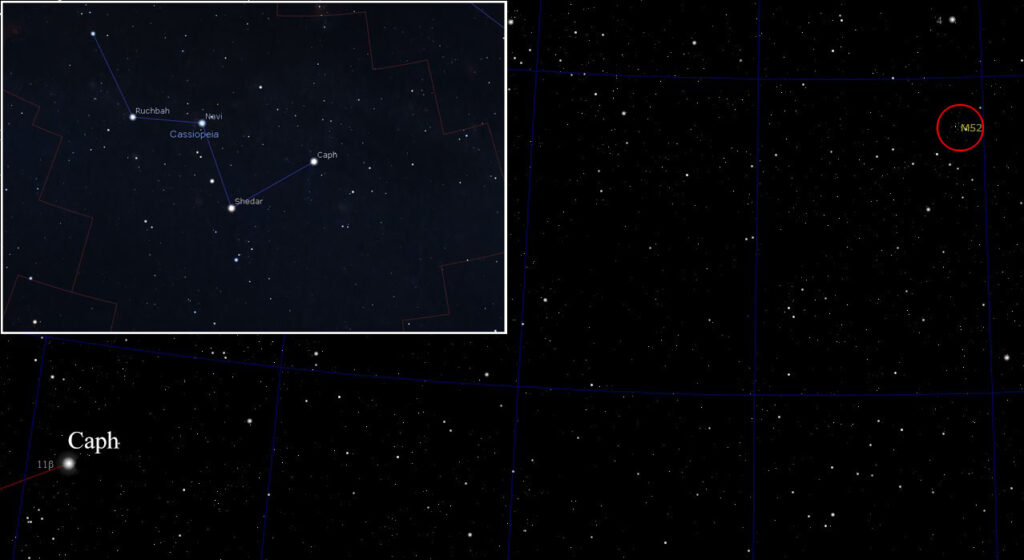 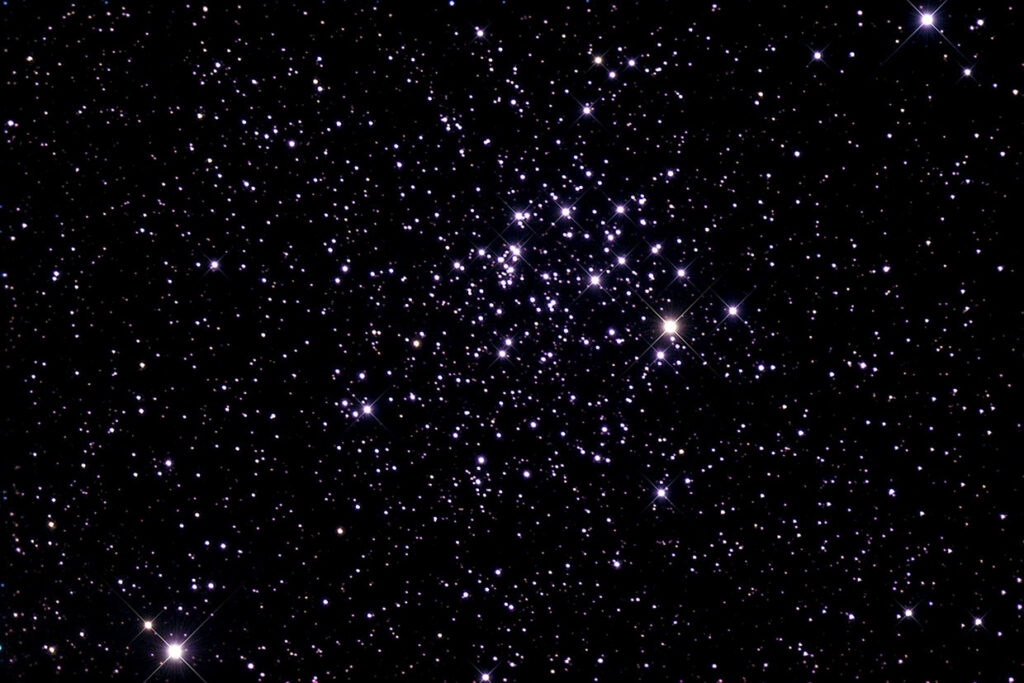 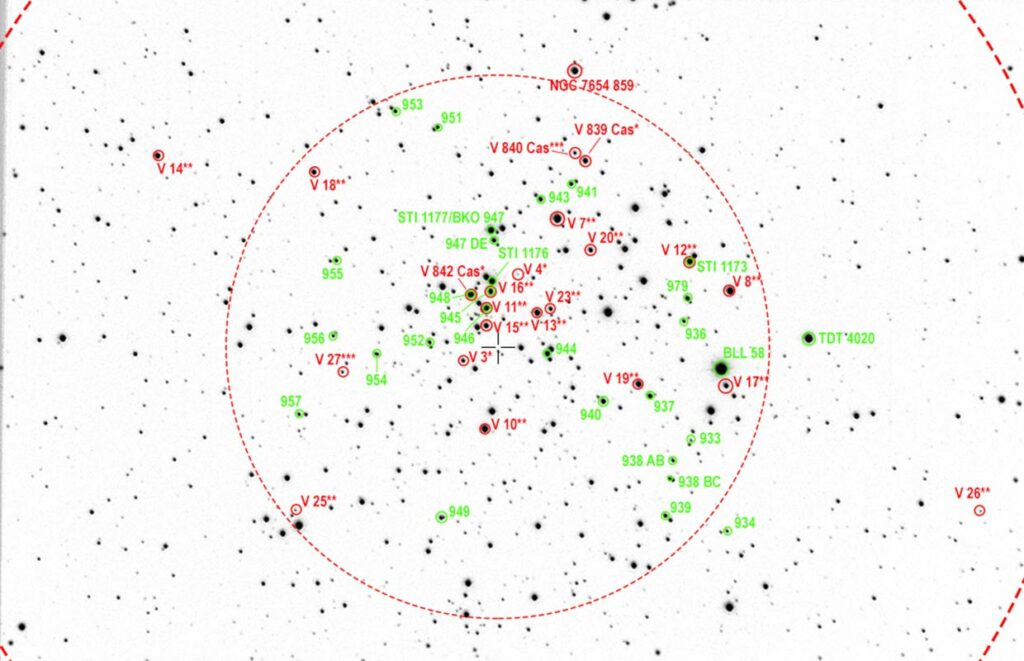 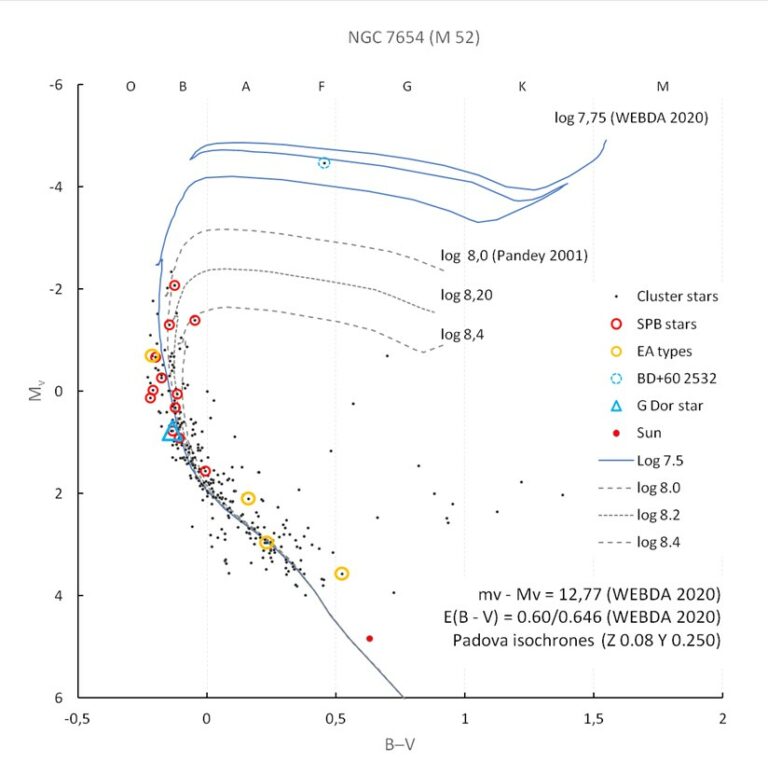 Five observations, carried out in 2017-2019 were aimed at the galactic cluster NGC 7654. The goal was to examine whether the data, collected with a 40 cm SCT telescope, would be acceptable for distance estimations, reddening and age. Altogether 290 stars within the cluster‘s core were photometrically studied in B, V and R bandlength. Known variables were included, but catalogued WDS binaries excluded to constrain the main sequence profile. A density profile was used to examine the numbers of stars, in the B and R color ranges, out to about 11‘ from the center. Evidently fewer stars show up in blue, indicating the interstellar extinction in the direction of the cluster. It should be noted that previous research groups emphasize an uneven stellar absorption in this region.

The data of B and V were used for a main sequence fitting, using a set of the Padova isochrone profiles (Salasnich o.fl. 2000), to estimate the distance of the cluster. With a distance module of 12.77 and reddening of 0.646 (the same as the WEBDA (2020) values) the distance estimated is 1424 parsec (4642 light years). The fitting was compared to published values from two authors. This cluster is believed to be less than 100 M yrs old, and has formed in a hierarchial manner over a long time. The results indicate that a bright galactic cluster can be studied effectively with a telescope of this size (40 cm).